For now in German here.

Since 1993 they have effectively been making accusations in the media against Michael Jackson. But who is behind these accusations?
Here are portraits, facts, background information.
On August 20, 1993 all hell broke loose and the media finally took permission to declare Michael Jackson to be assassinated. They are running a witch hunt that has been going nowhere for decades despite the involvement of prosecution and FBI. A hunt in which missing evidence is replaced by speculation and „fake news“. They call Jackson a child molester, put him on the pillory and took away his dignity. They so effectively accused Jackson of child molestation that his career never recovered. In 1993 the screenplay for the opening act was written by a dentist. And the first act of a performance began.

„Nothing in this bizarre tale would be the product of chance.“ 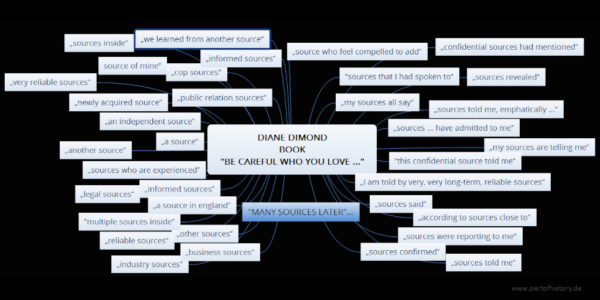 Diane Dimond/Billie Jean „Be Careful Who You Love“ (a critic)

Diane Dimond and Billie Jean. After Michael Jacksons „Not Guilty“ in 2005 tabloid reporter Dimond published a book about her wonderful world of „sources“: „Be Careful Who You Love“. More…
Weiterlesen

Video: Michael Jackson: The Moonwalker and the Sun

(English version: )
Diane Dimond and Billie Jean „Be Careful Who You Love“ (more than a bookreview)